Another Thursday, another Charisma challenge. And this fourtnight we want to see flowers.

I made this card earlier and it was apparently a big success among my customers, because this sold really fast followed by TWO commisions for similar cards. So I just had to go out hunting for the same papers to make it happen. Now I don't normally lift myself, at least not to this degree, but how can you say no to pleading customers? *lol* 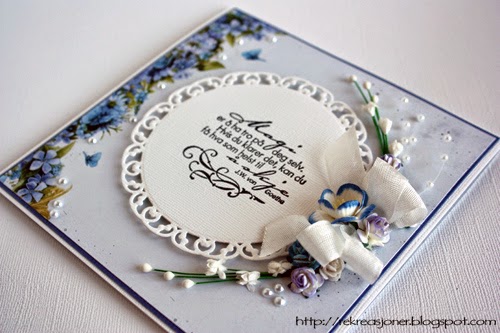 Like I said, I had to hunt for the papers I used on the previous card. It's from Linda Design, previously known as Ladybug and Friends, but it's really hard to get. Finally I found it in the store where I bought the first ones, after rummaging through all the paper shelves three times, and I snagged the last six papers that were left. I couldn't and wouldn't do the embellishments the same way as on the other card, but it's not far from it. A seambinding bow, blue and purple flowers from Wild Orchid Crafts and a few pearls. The sentiment is the quote from J. W. Goethe about magic, and it's a stamp from Stempelglede. 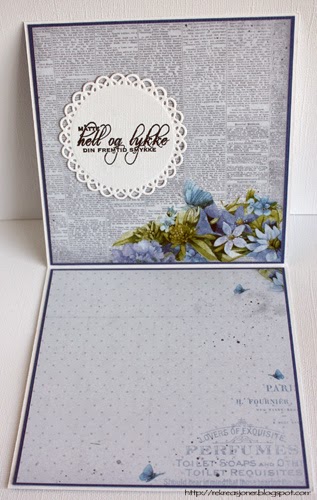 The biggest difference from the last card are the insides. On the top page I've used the same paper as on the other one, but at the bottom I used another paper from the same collection in 12x12, instead of the 6x6 papers. 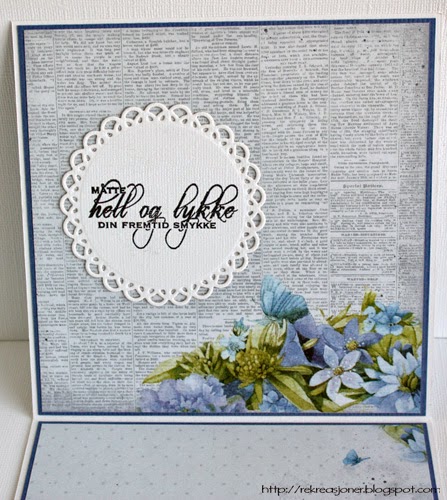 I die cut a circle from Spellbinders Stately Circles set and stamped a sentiment from Kort og Godt. 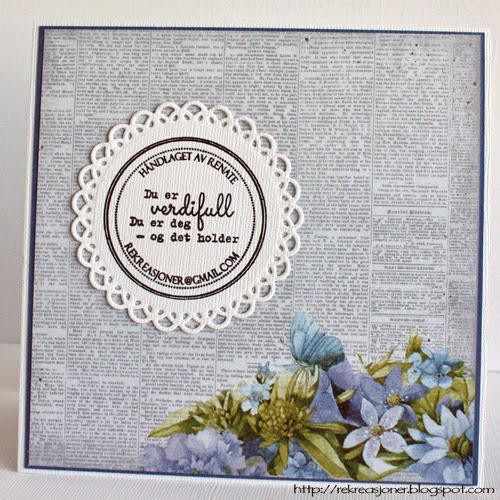 The backside is the same paper as the inside and the same die cut, stamped with my personal Rox Stamp and a little sentiment from Kort og Godt.

Now, go find your May flowers and join the challenge over at the challenge blog. I'd love to see your creations! Meanwhile I'll be joining a few challenges myself: